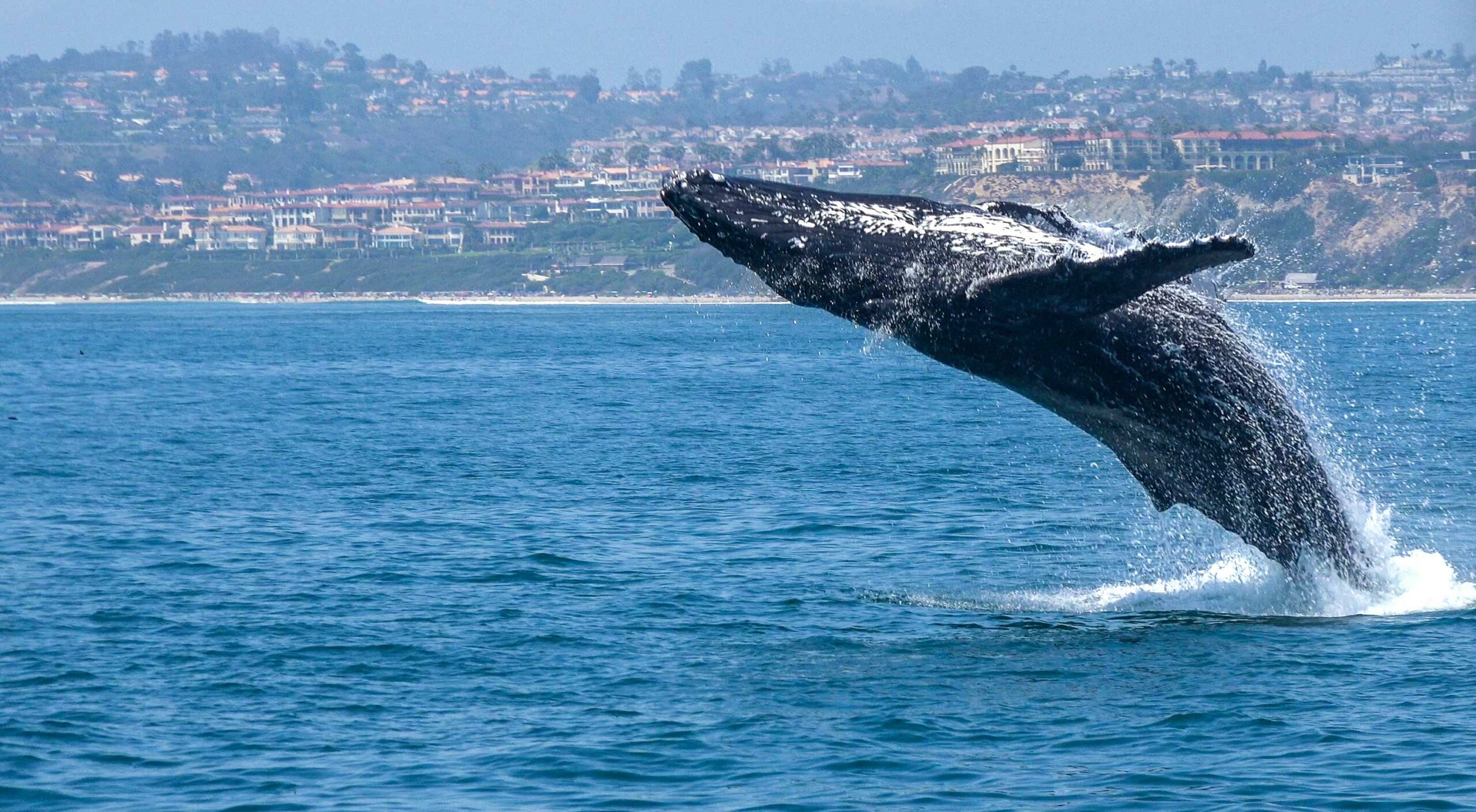 This is the best time of year for whale watching in Orange County. Every year from November to April Gray whales migrate from the Arctic feeding grounds to Southern Baja in Mexico.  After they have their babies, called calves, they return to the Arctic feeding grounds with the youngsters.  This happens from January thru June.  Tourists from across the globe come to Orange County twice a year to watch the whales’ migration.  Since the Southern California Beaches are very close to the migration routes,  the boat ride is short and the ocean is typically calm.  The best time of year to join a whale watching excursion is during their migration south any time between December through May.  If you’re lucky you can see the babies too! 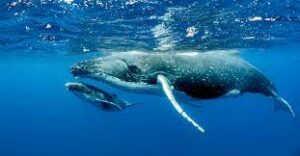 After the Gray whale season ends, Blue whales begin their migration. The best time of the year to see Blue whales is between the months of May thru September.  The largest mammals on Earth make their way to their migration route close to the west coast. These animals can reach over 100 feet long and approximately 100 tons. That’s as much as a Boeing-757-200 aircraft, which holds up to 295 passengers! Another fun fact about blue whales is that their tongues alone weigh as much as an elephant.  It’s interesting to know that blue whales’ migration routes are in virtually all the oceans of the earth, but the gray whales’ migration routes are predominantly along the west coast of North America and Mexico’s Baja Peninsula.

To possibly catch a peek at these amazing mammals you can head down to south Orange County. One well known agency is located in Newport Beach,CA, known as Newport Landing Whale Watching. They offer three cruises per day year round. And if you find yourself even further south, you can head to Capt Dave’s Dana Point Dolphin & Whale Watching Safari. Interestingly, you are able to experience the creatures below the surface with their underwater viewing capability. To make sure you come prepared, don’t forget to bring some beach essentials! 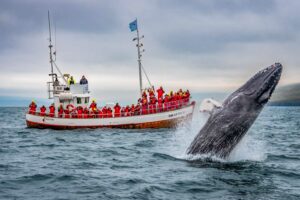